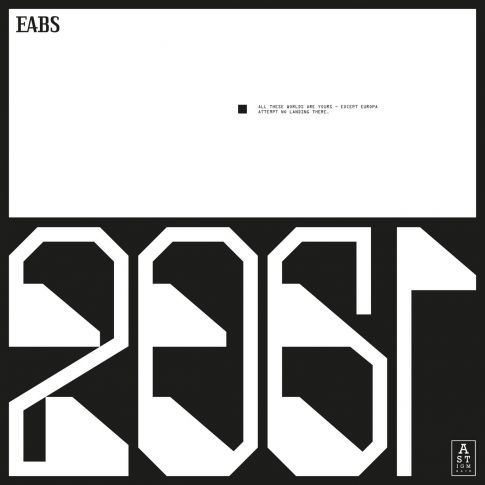 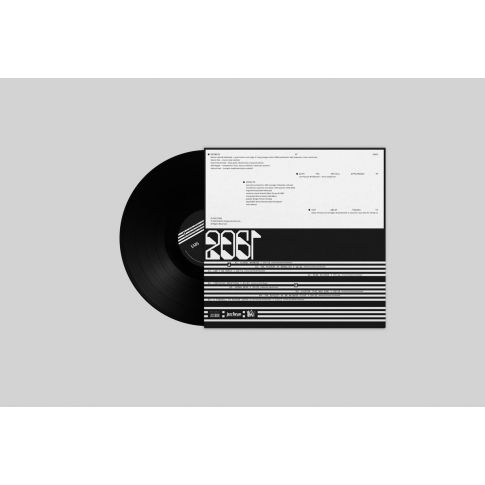 If one was to interpret the whole output of EABS in general, an inquisitive listener would notice that each subsequent album stems from the previous one. The overtones are similar and they can be treated as variations on the same theme. The only thing that changes is the background of the story. It is all about life and death, the beginning and the end of the world, and the role of human beings entangled in all this existentially. Following the futurism lessons from Sun Ra, the band travels to the year 2061, continuing their mission in space in the company of a living legend, Jan Ptaszyn Wróblewski.

„ALL THESE WORLDS ARE YOURS – EXCEPT EUROPA. ATTEMPT NO LANDING THERE.” – this was the ominous message from the mythical Monolith of Arthur C. Clarke’s 2001: A Space Odyssey. The quote became a metaphor for the situation the EABS crew found themselves in when the pandemic hit. It was not only Europe that became inaccessible, the whole world shut down. A reflection emerged that only empathy and cooperation could save humanity. We will not be able to face the greater threat that may come from the outside together by fighting wars among ourselves on Earth. A similar analogy can be seen in Arthur C. Clarke’s book series, which was made even more famous by Stanley Kubrick with his iconic screen adaptation, 2001: A Space Odyssey. Released in 1986, the third part of the series has served as an inspiration for the fourth EABS album titled 2061, a soundtrack to the film that hasn’t been made yet.

Collaborative work has always been the domain of EABS, which is even more audible with their new album as most of the instrumentalists brought their own compositions to the recording session. As a result, the album oscillates in orbits of many genres such as jazz, electronica and hip hop, in such mutations as Miami bass, trap and drill. It might come as a surprise that the role of the spiritual guide and mentor here is played by Jan Ptaszyn Wróblewski who has taken part in all the quests in the history of Polish jazz, just like Dr Heywood Floyd traversing the galaxy aboard the Universe spacecraft.

The year 1986 is symbolic for EABS. Poland was then visited by Sun Ra with his Arkestra carrying a prophecy: „We are living in End Time, all right, but in the last daze. It’s after the end of the world. Don’t you know that yet?” – these words of the Saturnian alien were hovering over the group’s previous project. That year Halley’s Comet flew close to Earth, inspiring Arthur C. Clarke to write the third installment of A Space Odyssey. The next time we will be able to see this celestial body is not until the eponymous year 2061. In his book, the author envisioned the current decade as full of crises, scandals and disasters. Having been in space for years, Dr Heywood Floyd would observe cities in flames, a nuclear war outbreak, and all the other horrific events from his monitor window. With the nightmare unfolding on Earth, the cultural and linguistic differences that had arisen over the millennia began to disappear, and the appearance of a new sun named Lucifer only accelerated the process. The superpowers, destroyed by warfare against each other, achieved reconciliation and reunification, making the outbreak of further wars of this kind impossible. At last, the existing peace machinery began to choose life over death. The disintegration of the enormous parasitic military business resulted in the acceleration of world economic development. The moral equivalent of war has led to the undoing of centuries of damage and neglect caused by it. This latest EABS album stands for the time when Halley’s Comet will again fly by very close to Earth. We should hope that in the light of recent events, the utopian vision of the author of A Space Odyssey will come true and peace will come to our planet. Fortunately, there will be no need to wait another 40 years for the album.

2. The Mystery of Monolith

8. The Odyssey of Dr Heywood Floyd